Electra …. My parents were living on a street called Electra when I was born in Abu Dhabi in the winter of 1976. Well, there is no such thing as winter if you are living the United Arab Emirates, but for the UAE residents, if  you are not getting a heat stroke, then it is probably Winter. The street name is probably the only memory I have kept from my parents talking about my birth.  It was, and still an interesting name to me.  Sounds electronic, psychedelic, minimalist, and perhaps little erotic. A kind of prolific name for my future. Electra is definitely not Arabic … and if it was a girl, it would be probably a blonde thin girl that looks like emmm… perhaps Uma Thurman.

There is a completely different stereotype of a blonde in the Middle East and a blonde in the U.S.  While, and I completely disagree with it, nevertheless I see the humor in it; The blonde in the US is a reference for that over privileged, unintelligent, blatantly stupid, overly confident, white girl.  In the Middle East, it is a reference for the Western beautiful classy sexy and clean, yes clean, woman.  There is an irrational obsession with love of blondes among my people in the Middle East. Although the contrast is high when you place a blonde, lets say next to Abdulrazak, a Bedouin friend of mine … but you rarely see it happen.  It remains a fantasy for the vast majority of the dreaming teenagers of Arabia.  People are always fascinated with the less familiar. 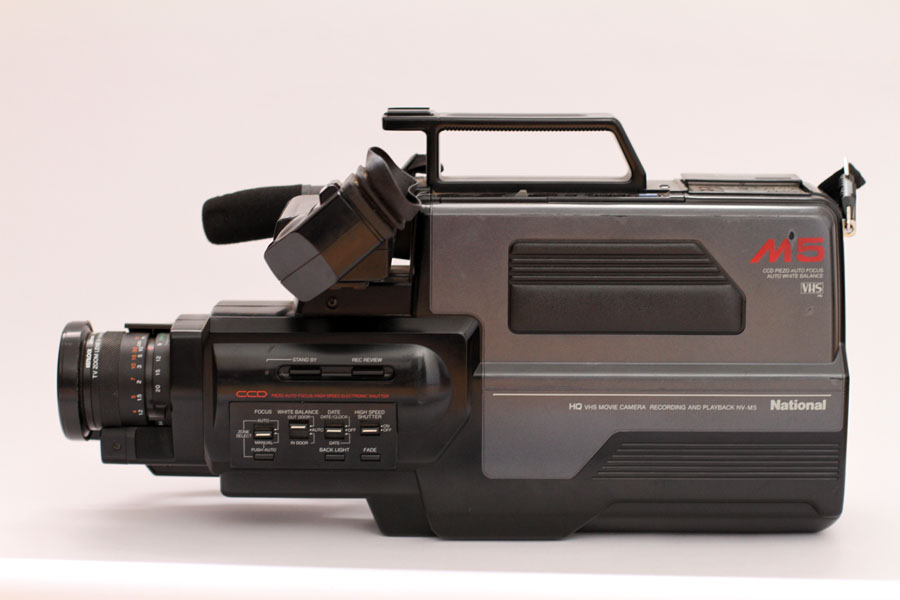 I don’t remember much of my first 5 years old naturally … and recording a video at that time was something that only the TV station had a capability of doing.  If you could afford the heavy machine that is the video recorder at that time, you would have to pay a lot for it, carry it on your shoulder like a bazooka, and it will break soon… believe me … it will break.  I say that to the privileged Snapchat generation today who have no value given to the recorded media (hence it disappears in 24 hours forever).  The memory of their lives is what they preserve in form of videos and photos, and their brain memory will not keep up with time, and there is a value in one’s history and background.  Many of what we experience during our lives have its roots in our history and childhood, and sometimes it takes reflecting back all the way to understand ourselves today.  Well … just when taking videos and photos became readily available, kids now are choosing to take photos only that disappear.  Hence, if you ask a teenager today about any of his or her childhood pictures … they probably have none  … unless their parents have Facebook!  I will probably come back to hate more on Snapchat later on.  For now, let’s jump to the 80’s.