The word khor in Arabic means a cove … the little extension of water into land, as if the ocean has extended its tongue to lick something off the shore. The word fakkan is the dual form (in Arabic there is singular, plural, and dual forms for each word) of the word fakk which means a jaw. So the word Kharfakkan means the cove of the two jaws, which is what you will see if you look at an Aerial photo of this town.

Being 7 years old, the memory fails me to remember our first days in Khorfakkan except for the beautiful orange shingles covered villa we moved in that was a couple streets away from the beach.  We lived in that villa for few months before the construction of the new Bank building in which our new apartment awaited us.

Khorfakkan was a very small city at that time with no parks.  It had one of everything… one vegetables and fish market, one hotel (Holiday Inn at that time), one hospital, one police station, one fire department, one library, one port, one beach, one Lebanese restaurant, and one crazy homeless man who roamed the Corniche [The Dictionary defines Corniche as ‘a winding road cut into the side of a steep hill or along the face of a coastal cliff’ but it means in modern Arabia the beach board walk because, I guess, there is no Arabic word for that].  It had lots of mosques off course, just like everywhere in the Middle East.

You see in Islam, there is a tremendous reward and incentive for building a mosque.  It is narrated that the Prophet said:

“Whoever builds a masjid [mosque] for Allah [God], even if as small as a sandgrouse nest [a type of desert bird], or smaller, Allah builds a house for him in Paradise”,

which kind of guarantees entry into paradise (otherwise Paradise will be a ghost city with so many vacant houses whose owners are burning in hell!).  Also, it is one of the few things after a person’s death that keep on paying up rewards to the deceased … at a time, it is perceived, as most needed (read more about the Torture of the Grave – scary music cue).

Also, it is easy to build a mosque in Islam, since it is basically a non-decorated empty room. Actually, according to Islamic law, all a person have to do is name a piece of land as a mosque, and it becomes a mosque till the day of judgement.

Oh ya… and no one is allowed to change a status of a mosque and it is not owned by people once it becomes a mosque. It is owned by God, and we all know that no foreclosure is taking place there!  [Waly AlFaqih can change the status of a mosque since he represents God in Shia Islam and the Khalifeh in Sunni Islam]

Add to that a rule in Islam that a person has the right to pick a piece of land that is unused, nor in the way of anyone else, and fix it, and consider it his [This is called in Islamic Jurisprudence Ihya’ Al-Mawat (the Revival of the Dead Earth), and which the UAE government adhered to]… and you end up with an ever increasing number of mosques.

Mosques are community gathering centers.  Unlike churches, they are well lit. Conversations are encouraged after prayer, and kids always enjoy running in this empty big, usually well carpeted, well air-conditioned hall.  They play tag. Their minds and hearts open with the openness of space.  Their imagination flourishes with the lack of external stimulus other than arabesque designs, plant ornamentation, and maybe extravagant chandeliers.  Mosques played a big role in my childhood as you will see as we proceed.

The house we moved to in Khorfakkan, was right next to Abu Bakr Mosque … I mean about 5 meters next to the mosque.  The speakers of the mosque shaked the house at the time of Azan [vocal call for prayer] five times a day.  Unfortunately, the Azan guy had a really bad voice … but it was his job .. as assigned by the Ministry of Islamic Affairs in UAE.

You see in UAE, the Sheikh (head of monarchy … equivalent to a king) appoints all the ministers, and the ministers appoint all the positions, down to the Azan guy.  All mosques are run by the General Authority of Islamic Affairs And Endowments  which is appointed by the Ministry of Justice and Islamic Affairs.  No one is allowed to preach or open their mouth in the mosque without approval of the ministry, and don’t waste your time, don’t try to get anything approved … because you will be tainted with conspiracy, and evicted of the country if you are not an expatriot.

But it is a great thing, because it does not allow for all the chaos of Islamic movements, speakers, extremists, and sectarianism. All preachers get the guidelines from the ministry, get their sermons pre approved, and then read it to the people.  I think that this is one of the secrets of success of the United Arab Emirates … it is the castration of Islam and the complete deprivation of political involvement of people.

Abu Bakr mosque next to my house had one Friday sermon which I heard over and over again for 6 years.  Well, if you live in my house, whether you go to Friday prayer or you don’t, you will hear the sermon.  In the bedroom, in the living room, in the shower, or sleeping with two pillows plugging your ear … you will hear the sermon!!!  And it is exactly the same sermon, word by word … and  I memorized it after hearing it for 1000’s of times.

At anycase, we moved from our house with the red bricks, orange shingled roof, to the house above the bank, next to Abu Bakr Mosque … and we lived there for 6 years!  That is from my grade 2 to 7.  My sister was born there. It is the city that shaped me forever! 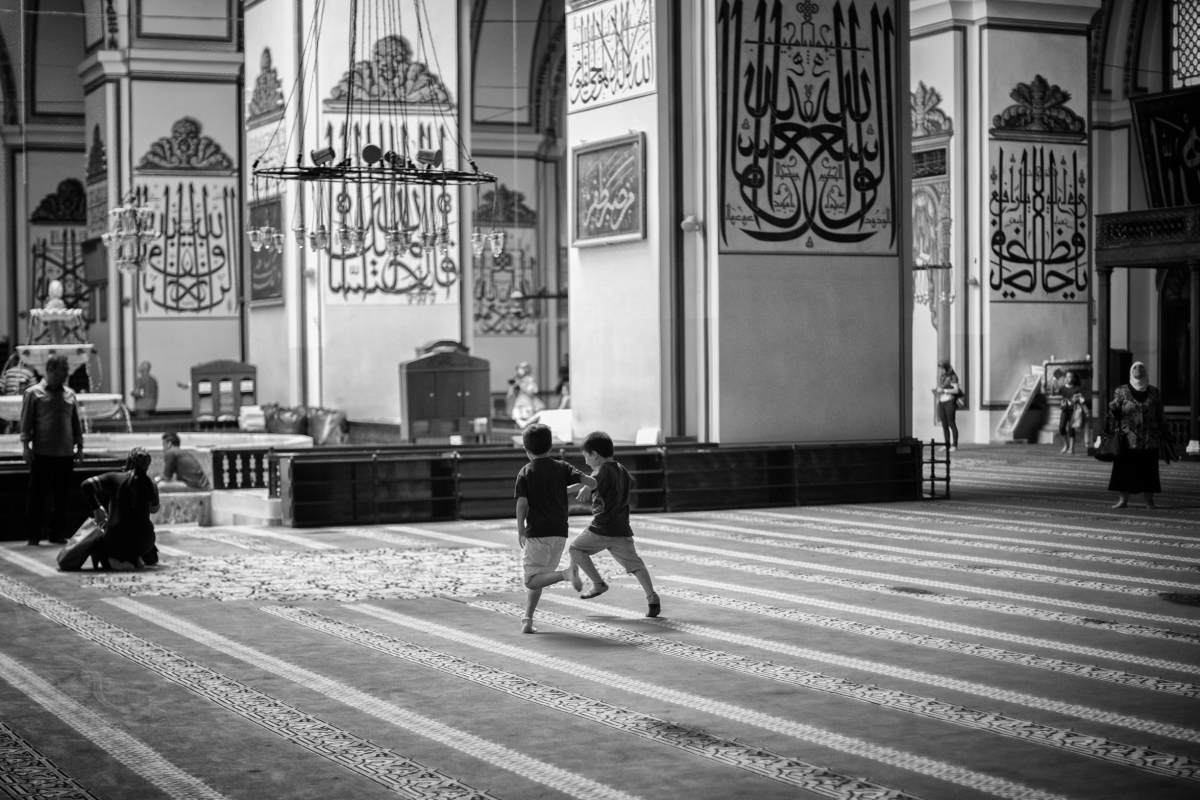 One thought on “Memoir Part 4: Khorfakkan, Red Bricks, and Mosques”