One of the names that I will never forget.  My brother from a different mother.  A dark-skinned Alexandrian boy from Egypt with an amazing sense of humor, as it is common among Egyptians.  Islam had no siblings, and I was his best friend.  His family treated him like I am his brother.  I was one of them.  The kindness and compassion that his parents overflowed with to me were heartwarming .. one of the things which made me who I am today.

Let me talk to you about al-hanan… an Arabic word that translates to a mix of kindness, love, tenderness, kindliness, care, warm-heartedness, and a million other words that cover every bit and piece of those feelings.  It translates as language, but it doesn’t translate as an emotion to the West.  This word is not translatable to English because it is not about language.  Language is there to symbolize something that exists.  The famous Arabic poet, Nizar Qabani expresses his yearning to the hanan in his letter poem Five Letters to My Mother:

I am alone.
The smoke of my cigarette is bored,
and even my seat of me is bored
My sorrows are like flocking birds looking for a grain field in season.
I became acquainted with the women of Europe,
I became acquainted with their tired civilization.
I toured India, and I toured China,
I toured the entire oriental world,
and nowhere I found,
a Lady to comb my golden hair.
A Lady that hides for me in her purse a sugar candy.
A lady that dresses me when I am naked,
and lifts me up when I fall.
Mother: I am that boy who sailed,
and still longes to that sugar candy.
So how come or how can I, Mother,
become a father and never grow up.

I never will forget an incident that happened to me when once I went to buy my Mother something from the supermarket.  While coming back, I decided to take the side streets among the communal popular old houses.  These streets are usually sandy and only lit by the small lamps above the metallic doors.  I got a little scared for it was dark. I started running. While I was running, there was a construction metal piece coming out of the ground that hit my feet. It cut me right between my toes. I was bleeding. I dropped the merchandise from the bag. I collected them gently back into the plastic bag while limping on a bleeding foot.  In that condition, one of the doors nearby opened.  A middle-aged woman came out with thick glasses and Egyptian style hijab.  She  said: “What is wrong ya Mama?”

The word Mama entered my ears and comforted all my nerves. I didn’t need to speak, and she didn’t wait for an answer after seeing what answered her inquiry.  She came to me and looked at my feet, and held my hand and pulled me to her house like a panicking mother.  She was talking to me, but I don’t remember what she said anymore.  But I remember she gave me a glass of water to drink and she was cleaning my foot from sand and blood, applied antibiotic (red medicine we used to call it), and bandaged it.  She offered to call home, but I told her I can just walk home.  I left.  Never saw her again, nor I know her name.  But she gave me another injection of hanan that would last me a lifetime.

We learned French and English at the Emirates School in addition to Arabic off course. The French didn’t go well.  The teacher gave up and quit. We stopped learning French, but still learned English, rarely used in the U.A.E. at that time.

One of the teachers was really proactive in the school, and she formed the Scholastic Police.  She got us hats and scarves.  Being the oldest class in the school, and I think I am talking third grade now, we were naturally the Scholastic Police.  We were supposed to patrol the school and ensure that students didn’t go to the back of the school during lunch or recess and that they stay in the field.  She nominated me as the captain of the police since I was very popular among my class and had good grades, but I refused. I wanted to reserve the right to be a bad boy.  Being captian of the police brings too much attention.  She appointed Mohamad, a boy whose father is an Emirati Sheik and his mother is a Filipino.  Mohamad was the richest kid in school and his father was feared for being a deputy minister so no teacher would get Mohamad mad.  Once Mohamad was sick, and we went a field trip to visit his house. It was a huge mansion with unlimited toys. Anyways, soon enough, we were using our positions in the Scholastic Police to allow our friends to go play in the back of the school.  Nobody would listen to Captain Mohamad since he really had no real leadership.  The whole idea backfired on the teacher, and the Principal canceled the Scholastic Police. We kept the hats and scarves.

I had an Egyptian classmate called Ayman.  Ayman went to buy something from the store with his bike, and a car struck him and he died.  We were too young the understand the concept of death, and it was pretty much my first experience with it.  The school went into mourning. Teachers were crying, and they played Quran in the school for few days.  They were monitoring us to see if any of us are traumatized or deeply affected, but we weren’t.  Nevertheless, we were under so much pressure to be deeply affected!  Sitting in the field listening to Quran while our heads are down, Islam leans towards me and says: “pretend that you are crying”.

I don’t know how to pretend emotions.  It is one of my problems I guess. My face shows what I truly feel.  This has caused me so much trouble in life, but I like it.  Early trouble is better than late trouble. I really don’t feel the tragedy of death, since it is inevitable. What is 100% predictable, cannot be surprising. I have always, and still do feel that way.  The only concern I had was that Ayman borrowed my notebook on his last day of school.  I was thinking it is impossible to get it back then.  I never tried.

We had nothing in Khorfakan but each other, as friends, to keep ourselves busy and entertained.  There was no TV, except one channel that played cartoons for a maximum of one hour a day.  There were no electronic games.  There was not one single swing in the city or slide.  Soccer balls were rare. My father bought me one from Dubai.  There was no theater, no gym, no soccer fields, no arcades, no parks, no toy stores, no children clubs.  There was nothing but the mountains, the ocean, and your friends.  Friends became an integral part of seeing and experiencing life.  This became a deep characteristic of me. I had a hard time shed it away later on in life.

We would climb the mountain or play at the beach. We would bike to each other’s houses. The city was safe. We would just leave our bikes on the street, and they would never be stolen. We never needed chains. “Muslims don’t steal”. That is what we thought. We thought that stealing, adultery, murder, and paganism were things before Islam. There was so much trust.

Next time I will tell you when we played with the bomb till it went off on the beach! 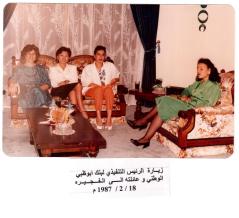 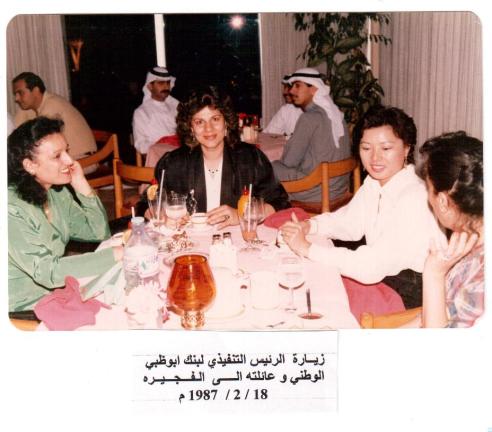 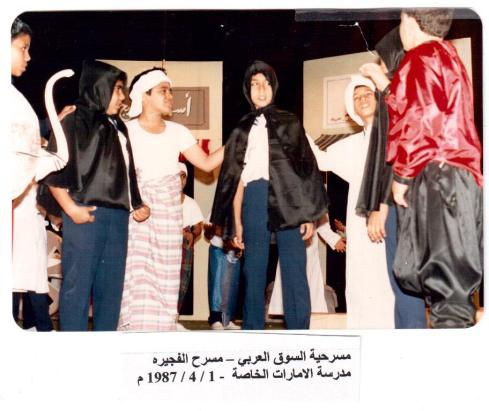 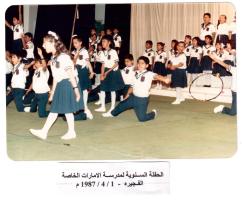